I've been the the cinema a few times recently.  Most of the trailers I have seen have been for Summer blockbusters, heavy on action and visual effects.  Films such as Battleship, The Avengers, Prometheus and Men In Black 3.  Although all of these trailers were visually impressive, I'm only interested in seeing one of the films, Prometheus (and that's mostly because it's Ridley Scott, not because the trailer made it look any good). 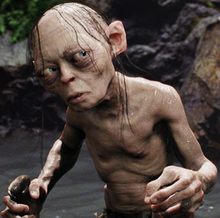 The problem is that visual effects, cool action scenes and car chases, and massive explosions are no longer impressive.  Remember when Jurassic Park came out in 1993 and everyone was awed by the dinosaurs?  That no longer happens.  We've got to the stage where anything can be put on film.  I'm probably biased, but I think that the turning point was with The Lord of the Rings film trilogy.  The 'unfilmable', apparently, was filmed.  With the development of performance capture for Gollum, the use of Massive technology for armies, and the clever combinations of live action, CGI and miniatures, it became apparent that if you could imagine it, you could film it.

This means that films are no longer impressive simply for their effects and action scenes.  They must actually have decent storylines/characters/concepts as well.  Although the aforementioned films look cool in terms of effects, they just don't look like good films.  They look like the main attraction is the visual effects, and visual effects are now very standard.  Anything can be put on film, which means putting something new on film is no great achievement.  You have to find something new to say or a new story to tell.
Over the last couple of days I have watched the first two Bourne films for the first time (I'm watching the third later today).  I might write a proper post about them later, but one thing that turned me off a bit was the excessive amount of car chases in the first two films.  These chases did little to nothing to advance the plot or tell me anything new, they just looked cool.  But looking cool is nothing special anymore.  Visual effects are becoming more redundant in terms of doing something new.  They can still be useful to describe something or create atmosphere or tell the story, but I think we are past that days when a film could be impressive largely for its effects.
Posted by Unknown at 11:36

Email ThisBlogThis!Share to TwitterShare to FacebookShare to Pinterest
Labels: Films, Lord of the Rings

Good point, however action sequences like car chases and fight scenes and the like I'd say they're not spectacular in the same way as most visual effects are.

A beautifully choreographed dance is not impressive by virtue of it's visual spectacle alone (although that highly contributes) but through the creativity and skill in composing and carrying out the spectacle.