Before the Olympics, some people were very excited (myself included), but many people were quite underwhelmed.  ‘I'm not into sport’, ‘It’s not worth the financial cost’, ‘We’ll be rubbish anyway’ were phrases commonly heard.  This enraged me a little.  I always love the Olympics, since I first watched it in 1992.  Sport is both wonderful and brutal, and displays extremes of joy and despair.  The Olympics brings together 36 sports (currently), and has them all at the same time.  It brings together sporting superstars from almost every country of the world.  It unites people.  The Olympics is a massive deal, and having them in our own country so that, not only is the action on TV during daylight hours (Sydney 2000 was a nightmare!), but we can actually go and see events live, is amazing.  I had been counting down to London 2012 for seven years.
But the most infuriating thing is not that people were not excited about the Olympics.  The most infuriating thing was the hype that emerged when GB started doing well.  I loved that GB did well, I loved that we won medals.  I did not love the hype that emerged.  In the space of two weeks, the public seemed to go from apathetic to euphoric about the Olympics – which is great.  It is great that people became interested and supported our athletes.  What is not great is the delusion that accompanied this, and what I fear will happen now the Olympics are over. 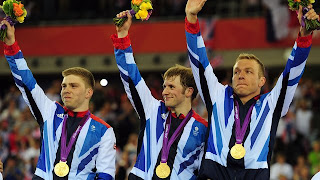 According to most people, including the media (who are part of the problem), GB had an unexpectedly superb Olympics.  This is not true.  We were only superb in two sports: cycling and rowing.  In these events, we undoubtedly dominated.  Particularly in rowing, where we exceeded any expectations.  In cycling, although we dominated, none of the medals we won were unexpected.  Hoy, Pendelton, Kenny, Trott, Wiggins et el are the best cyclists in the world.  They’ve been winning things for years.  If anything, we actually underperformed in cycling, as we could reasonably have hoped for a medal in the women’s team sprint, the men’s road race, and at least one BMX race as well.  How about other sports?
In athletics, we won some medals, but again, none were unexpected.  Ennis, Farah and Rutherford were all world leaders going into the games.  Grabbarz is European Champion and in the form of his life.  Ohurogu always performs at the big meets.  But there could have been so much more.  Sayers, Idowu, Rooney, Greene, Yamuchi, Dobriskey, men’s 4x1 and 4x4 relays could all have medalled, but none of them did, and only Rooney and the 4x4 got close.
Swimming?  Only 3 medals and 2 medallists.  Nowhere near the (reasonable) target of 5-7 medals.
There were disappointments all over the games.  Sarah Stevenson in Taekwondo, Keri-Anne Payne in the swimming marathon, Daley and Waterfield in the 10m synchronised diving, arguably both football teams.  Volleyball, handball, basketball, water polo – no teams got out of the groups, few teams even won a match.
Of course, this is all balanced by the wonderful surprising successes.  Copeland and Hosking, Jade Jones, the men’s gymnastics team, Karina Bryant, Luke Campbell and so on.  But there are fewer of these.  Even the equestrian success was not that surprising given the riders’ form over the last couple of years.
At any Olympics, there will be surprising wins and disappointing losses, but they don’t seem balanced to me.  GB did well, with our best medal tally ever, but we could (should?) have had more.  I am delighted with how well we did, but I am disappointed with the euphoria suggesting we surpassed our wildest dreams.  We did not.  We can be happy and celebrate our successes, but let’s not delude ourselves.  We only came third in the medal table because in the UK we count Gold medals first.  In any other system (total number of medals, total points based on gold=3, silver=2, bronze=1, number of top 8 finalists) we came 4th behind USA, China and Russia – exactly where we hoped to come before the games.  We did not overachieve. 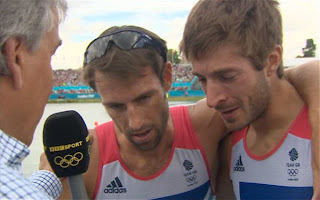 Some will say I should stop being so negative, and that any Olympic success is to be celebrated.  This is true, but that does not mean that a fourth or fifth place, or even a silver medal, cannot be a disappointment.  It depends on the expectation.  If GB had only one a single silver medal and nothing else, I’m pretty sure that, while celebrating that silver medal with the athlete, we would be disappointed that GB did not achieve more.  This is part of why some athletes apologised in their interviews.  If you, your coaches, your families and your fans expect you to do well, based on world ranking, previous success, form or whatever, and you don’t do well, that is disappointing.  There is such a thing as failing to live up to expectations.  This doesn’t mean we should have a go at someone who only comes fifth in a final, but we should allow them to be disappointed, we can be disappointed with them, and we should not tell them not to apologise if that’s what they feel they need to do.  As Zac Purchase said, “Even though it’s a silver medal, it still hurts when you come for gold.”
Our failure to be ambitious and the way we have been drawn into the hype that says everything was a roaring success and Team GB far surpassed expectations disappoints me.  Many athletes did well and we should celebrate their success.  Many others underperformed and, while we should stand by them and support them, we should also acknowledge the disappointment and remember that we could have had much more success than we did.

The other thing that disappoints me is what I fear might happen next.  Here’s a quote from an article in The Independent by Chris McGrath.

“Here is the bald truth suppressed at the heart of our present euphoria. In most cases you could stage exactly the same events as "world championships", last year or next, and hardly anyone would cross the road to watch. Very few, in fact, would bother to shift a thumb on the television remote. Jessica Ennis herself completed her Olympics warm-up before 300 paying customers.
Now clearly the Games mean more than a world championship to many of the participants themselves, albeit not in mainstream sports such as football or tennis. And that warrants respect. But only up to a point. Because it's blatantly dishonest to dismiss all these people as nobodies one day, and acclaim them as "icons" the next; to exalt, overnight, minority pastimes you have long considered dull or ludicrous.”

Have we just got caught in the media hype surrounding the Olympics?  Or do we actually care more about judo, canoe slalom and dressage than we did before?  Will we maintain our interest in these sports and these athletes?  How many people will watch next year’s athletics world championships, let alone the world championships of the lesser-known sports?  Are we as dishonest as Chris McGrath suggests?
Posted by Unknown at 11:36

amen ben...some good points there..viewing from a far was also very interesting, we don't have a tv so much of my 'experience' was via the bbc web site, without the 'live video' as we don't pay a uk licence fee (although i did for over 20 years which is more than some people who still live in england!)...(get off that horse tim!)....anyway we see this type of behavior every year when 'we' host the Wimbledon tennis championships, that event is all over the media for 2 weeks then we hear nothing for 50 weeks...i suppose we should congratulate andy murray for his performance, but in his case winning an Olympic gold wasn't the top of his sport, thus the absence of nadal et al, however for andy winning at Wimbledon in 2013 will be!.....