I recently joined Twitter.  I know I am late.  I didn't join earlier because I didn't see the point.  I thought I'd join to see if it made more sense from the inside.  I still don't really get it. 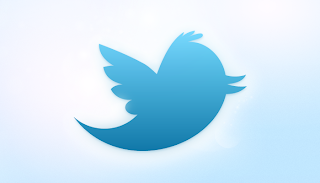 It seems that Twitter is mainly like Facebook status updates, which, just like on Facebook, can develop into conversations with people.  The problems I have with this are that (a) Facebook does this already, and (b) most things people post are of no interest to me (just like on Facebook).
One extra thing Twitter offers is the ability to follow people I don't personally know, like celebrities.  I've tried this, but have only found one (Opta Sports) that interests me.
Another problem with Twitter is that I get loads of stuff on my feed (mainly from retweeting), and it is difficult to filter out the one or two interesting things from the masses of junk.
In terms of tweeting myself, I don't see the point yet.  I rarely have anything interesting to say that I can say in 140 characters or less.  If I do, I can put it on Facebook.  Facebook has the advantage of having other uses such as photos and events.
The one thing that Twitter seems to have that is not accomplished by either blogging or Facebook is hashtags.  During June Project (our church's annual community festival) it was good to use #jp12 to see what was going on round the city.  But this advantage doesn't outweigh all the faff of trawling through masses of Tweets to find something interesting that I spend most of my Twitter-time doing.
The obvious solution to all this would be to just follow Opta Sports and no-one else.  But that seems a waste of what many people have assured me is an excellent communication method.

So, what am I missing?  Where is my understanding flawed?  What advice do you have for me?
Posted by Unknown at 21:12