A friend of mine, Ellie Jackson, occasionally posts articles on her blog called Honour Spotlights.  I thought I'd give it a go. 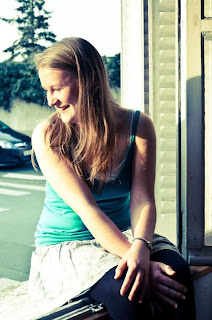 This Honour Spotlight is for Fay Townsend.  Fay is an absolute hero.  She is an intern at our church and I have the privilege of leading a student pastorate group with her.  She brings so much to the team.  She strikes the perfect balance between humourous banter and serious planning and prayer, keeping the rest of us on track.  She has a way of noticing things that I don't, and then when she says them, I think 'genius'.  She is wonderfully encouraging, and in a genuine and non-patronising way.  She always takes opportunities to congratulate and thank people.  She has led pastorate meetings with skill, insight and wisdom beyond her years.
Fay also organises all the administration for pastorate - sending emails, putting people into cells, keeping everything ticking over.  If something needs doing, Fay not only can do it, she does do it.  Miss Super-reliable.  This is a huge blessing. 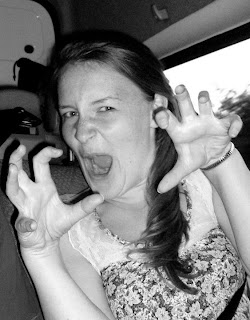 As well as being, well, awesome, Fay is just...fun.  I know that's an awful word but it's a true one to use.  Fay is up for stuff.  She'll make a fool of herself, she'll get involved in whatever's going on, she'll go to girly nights and play football with the lads.  She'll watch films, go to the beach, play Catan (or any other game).  She'll make fun of herself and other people, and she is a great host.

Fay makes people feel valued.  She gives up her time for people, she listens to people, she serves people.  She has a care and concern for people that inspires and challenges me.

Fay is one of the people about whom I can genuinely say I am gutted to have not met her before I did.  I've known her for less than a year but have come to massively respect her in that short time.  A true legend and a blessing in my life.
Posted by Unknown at 20:33