I saw Martin Smith (former lead singer of Delirious) perform with his band last week.  The gig confirmed my theory that he is the best frontman I have ever seen.
Some of the reasons for this are: 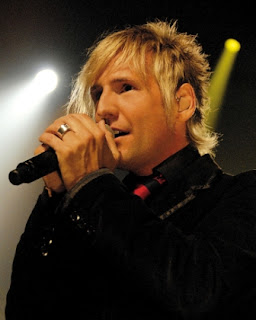 I really have seen no-one else like him.  He is the best at what he does.
Posted by Unknown at 08:57