The genius of Rowling

A number of times, I have been asked for my wisdom on the appropriateness of the Harry Potter books for teenagers and children of varying ages.
I was asked again last week, and had a bit more of a think, and I spotted something brilliant which I hadn't thought of before. 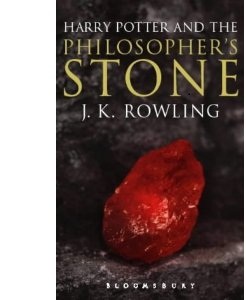 When asked about the appropriateness of the books for teenagers and children, my initial reaction is that they are too dark for young teens and below.  Even the first couple of books, often considered more lighthearted, contain quite disturbing images, such as Quirrell/Voldemort, mandrakes, petrification.  However, I have noticed that I have found these, and other images (e.g. inferi, 'flesh, blood and bone', the Longbottoms, the baby-headed death eater, Katie's cursed necklace) more disturbing as I have got older.  I've also noticed that not everyone finds such things particularly disturbing.
I think this is because Rowling writes a very good balance between detailed description and leaving things open to the imagination of the reader.  This means that younger, less mature, readers, may not imagine these images so graphically as older readers.  Of course, younger readers may also have a more active imagination than older readers.  But the point is that, although Rowling famously describes her world in great detail, she leaves the perfect amount of room for imagination.  I find that the majority of fantasy authors swing either one way or the other - most actually sacrifice the detail of the world for the sake of imagination.  While this would work for many genres, it doesn't work for fantasy.

The thing I love about reading fantasy is that only half the point is what actually happens in the book.  That's what most genres do - tell a story about some characters - but that's only half of the fantasy genre.  Fantasy authors, by the nature of what they do, describe another world in which their stories take place.  They are true creators, inventing whole new kingdoms, cultures, histories, magic systems, even languages.
Many fantasy authors seem to sacrifice some of the detail of describing the world for the sake of readers' imagination.  They leave me enjoying the story but frustrated by my lack of knowledge of the world.  Such authors include Joe Abercrombie, Raymond Feist, David Gemmell, Ursula Le Guin, JRR Tolkein, and Guy Gavriel Kay.  A few authors sacrifice the imagination for the sake of lots of detail.  They leave me feeling stifled and dictated to.  Examples are Robert Jordan, Brandon Sanderson, George Martin.  Not that any of these writers are bad - I enjoy them all.  Not that they are, for this reason, necessarily worse than Rowling.  But Rowling treads the line between these two tendencies perfectly (although at the same time she is a bit of an exception to the fantasy genre because her stories take place in this world).
Rowling's world is described in considerable detail, but much space is left for imagination, and many things are left unexplained.  This, of course, gives rise to fan discussions and debates and, fairly uniquely, a set of articles published here.  Some of these (ok, all of them) are obviously the product of obsessive fandom (in which I unashamedly include myself).  But many simply enthusiastically expand on and attempt to fill in the gaps in Rowlings description.
These gaps are not large enough to leave me feeling short-changed by the books.  Because the scope of the world she creates is large, the books can incorporate lots of detail to keep me satisfied, while still leaving much information out and open to imagination and theorising. 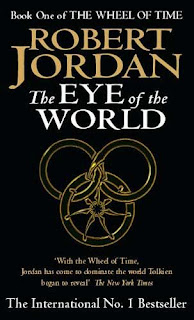 Other authors I have read who write on similar or greater scales include George Martin, Steven Erikson, and Robert Jordan.  Martin and Jordan describe their worlds in great detail, but leave me feeling a little overawed by the complexity.  This is not a bad thing (in fact I love it), just a contrast to Rowling.  Erikson, who I have recently started reading, seems similar to Martin and Jordan.

This way that Rowling writes, with a balance between detail and gaps, means that her books are very accessible, and hence very popular.  They are not as overwhelmingly and intimidatingly detailed as some fantasy books.  They are more detailed than others, and therefore not frustratingly incomplete.  They have the advantage of being set in this world, and therefore have the familiarity that is so comforting to readers new to the genre.  One facet of this balance is that the darker elements of the story are, to an extent, left open to the readers imagination.  This widens the span of ages who can access the books on their own level - I would suggest that younger readers might gloss over the brutality of some images in the books.