I originally wrote this in March 2008, but never got round to publishing it. So here it is. 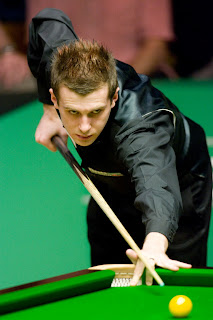 A quote from a discussion on the BBC Sport website, referring to the reigning Snooker Masters and Welsh Open champion Mark Selby:

"He knows he is not better than Ronnie and never will be."

This was said after the Welsh Open final in which Selby beat favourite and provisional world number 1 Ronnie O'Sullivan. After the match, O'Sullivan subtly criticised Selby's slow, tactical style, which contrasts with O'Sullivans pacy breakbuilding. 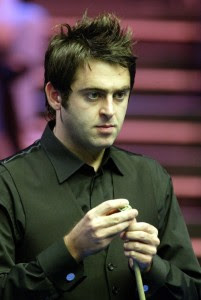 For a while in Snooker it has been assumed that a slow tactical style is inferior to breakbuilding and is something a player needs to resort to if he can't compete in the so-called 'scoring department' with his opponent. The above quote says that Selby isn't as good as O'Sullivan but what it actually means is that he's not as good a breakbuilder. And that is probably true. But breakbuilding is only one aspect of the game. Tactically, Selby was stronger than O'Sullivan on the day and this made up for his 'deficit' in the breakbuilding, as shown by the fact that he won the match.
Ironically, to win a match of snooker, you still have to outscore your opponent in the majority of frames! So in 9 of the 17 frames, Selby scored more points than O'Sullivan, yet still people ridicule him for not being good in the 'scoring department'. And it's not just Selby, it's Ebdon, Dott and others too. And this is coming from a fan of Stephen Hendry, the greatest breakbuilder ever. 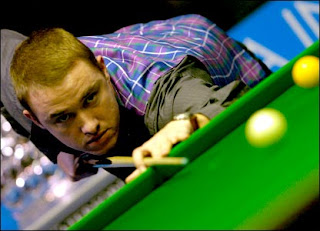 Which brings me to the next point. Hendry is universally hailed as 'the greatest player to ever pick up a cue'. A fair claim I say, as he spent a record eight consecutive years at number 1 in the world rankings, has won the World Snooker Championship a record seven times, and was the youngest World Champion at the age of 21. He has also won the UK Championship, the 2nd biggest in the world, more times than anyone else (5) has won the Masters more times than anyone else (6) and has the most century breaks to his name (approaching 800 I believe). I'd say that constitutes the greatest player ever.

However, many people also claim that O'Sullivan is the most naturally talented player ever. What the heck does that mean? What people mean is that O'Sullivan has won a lot of titles (19, only bettered by Hendry (36) and Steve Davis (28)), but he is inconsistent, temperamental, and often loses confidence or interest. But if he had Hendry's mental game and commitment, he would surely have won more titles than Hendry.
The problem with this argument is that it assumes the whole mental and psychological side of the game doesn't count when labeling natural talent.

To be good at snooker, you have to score more points than your opponent in as many frames as possible. At the end of the day, it's all about getting points on the board. Hendry and Davis have done this more than O'Sullivan. Simple as. Hendry is the greatest because his results show it. Maybe O'Sullivan would have been better if he could hold himself together. But he can't.

People might say here than O'Sullivan's highest standard of play is higher than Hendry's, or that O'Sullivan can also play with his left hand (as though that is relevant). No deal. If you can't judge on results it just becomes subjective.

It seems to me that when labeling natural talent, we should be aware of four types of characteristics in people. One type is purely genetically controlled. Scientists reckon there are only about four of these, including eye colour and blood group. Then there are characteristics that are genetically controlled but are affected by conditions before birth such as the mother's diet. The third type are characteristics that are genetically controlled but are affected by conditions after birth (anything from diet and exercise to personal experiences). The fourth are characteristics the are purely controlled by our environment (i.e. no genetic influence). There are probably very few of these too.
So which of these types of characteristics can be used when defining natural talent? Surely not the last two, as they are influenced by nurture more than or as much as nature. Maybe not even the second, as it is affected by the environment too. Which leaves type one, and I doubt blood group has much influence on Snooker titles. And no-one can do anything about type one anyway, so what's the point in labeling them? "Congratulations, circumstances beyond anyones control have may or may not have caused you to be brilliant at snooker". The point is that it is stupid to label natural talent at all. 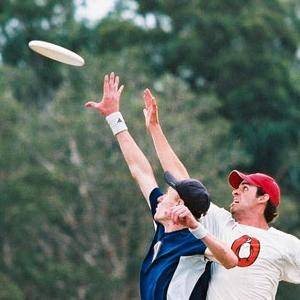 I think a much more useful measure of talent is how quickly or easily a person learns to do something. I can spot 'natural' frisbee players because they're the ones who pick the game up quickly, not because they're the ones with blue eyes. What makes someone quick to pick up the game of frisbee is anyones guess. Certainly physical factors such as pace and fitness are important. Probably also spatial awareness and a logical grasp of tactics. But what controls spatial awareness? Men do have a genetic predisposition towards good spatial awareness, but it's a generalisation at best. Certainly blood group and eye colour have no effect on frisbee ability, so whether type 2, 3 or 4 characteristics are involved, or all three, there are definitely non-genetic influences. Some of these influences will be beyond the persons control (e.g. childhood diet) and some will not (adulthood diet!).

Talk of natural talent is stupid. Talent is not 'natural'. It is controlled mainly by environmental (non-genetic) factors, including personal input and hard work. There is such a thing as talent, but it is better thought of as how easily you learn to do something. And, in sport, that includes more than just the physical and technical. Every sportsperson knows that top level sport is played in the head. To be successful in sport you must be good physically, technically and mentally. To some extent, circumstances beyond your control will help you do this easily. Also you must work hard for it.

Talent isn't the only factor influencing success in sport, hard work plays a part too. I don't believe either is enough for success at a high level. But over time, we have seen that Stephen Hendry has by far outperformed anyone else, so if we took a list of, say, the top 100 players of all time, I believe he would be the most talented and the most hardworking, and these combine to produce his results. O'Sullivan might have the best technique (or whatever) but that is not talent. Talent is a lot bigger than that.
Posted by Unknown at 23:55

Good article, although I somewhat disagree with you. I can't be bothered to work out why just now. I'll get onto it sometime though.

Can't agree more! Any successful person either in sports or business would agree that hard work is a big part of success. Natural talent is a very small part and what you do with the talent is what make you successful or not. Calling Ronnie the most naturally talented player at the same time says that he lacks the will to produce the results that his talent should bring him. It's really not a good thing.

Stephen Hendry is no doubt the most best player in snooker history.