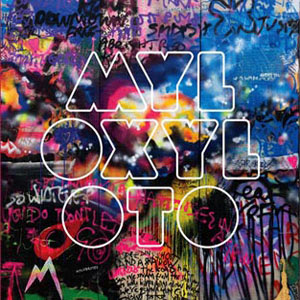 Until recently I had never heard the term concept album.  I don’t know why, I must have just never come across it.  Then I researched Coldplay’s new album Mylo Xyloto on Wikipedia and found that the album was a concept album.  I found that a concept album is an album that is ‘unified by a theme, which can be instrumental, compositional, narrative, or lyrical’.
This initially confused me, because I have always thought that a vital ingredient of any album is a unifying theme.  For example, my all-time favourite album, Lifehouse’s No Name Face is about identity, and the theme and how it is discussed is one of the excellent things about the album.  The idea that only some albums have a unifying theme is strange to me – I would think that if an album doesn’t have a theme then it shouldn’t be called an album.  It’s just a playlist.
Looking further, it seems that many (most?) concept albums have focussed around an imaginary character, two of the most famous being Sgt Pepper and Ziggy Stardust.  But if the theme can be ‘instrumental, compositional narrative or lyrical’, then the vast majority of recordings should be defined as concept albums – a quick scan of my music collection reveals a total of zero albums that are entirely disjointed.  While the definition above seems often quoted, reviewers and critics usually look for characters and stories when labelling a recording as a concept album.  This is a bit silly, really.  No Name Face has never been called a concept album, but if Jason Wade (singer/songwriter for Lifehouse) had come out and said that the album was about Mr. X who is struggling with his identity, it would have immediately been labelled as a concept album. 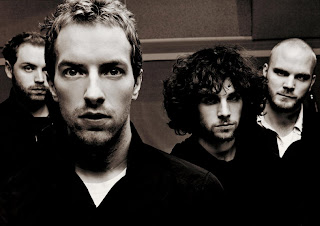 When it comes to Mylo Xyloto, Coldplay have said that the album is about ‘two protagonists, Mylo and Xyloto, who are living in an oppressive, dystopian urban environment, meet one another through a gang called "The Lost Boys", and fall in love’.  This is ridiculous.  These characters are never mentioned, and the lost boys only get a passing mention in one song.  There is no significant mention of dystopia.  The songs are generally about relationships, that is true, but there is nothing within the songs themselves to suggest that this is a story about two particular characters.  If Coldplay had not explained what the album is about, it would not have been labelled as a concept album.  The only thing that can be said for Mylo Xyloto as a concept album is that the songs could be argued to show the progression of a (any, not a specific) relationship throughout the album – the first few songs are about the past, then there are songs about meeting and falling in love, then breakup and reconciliation songs.  There is a progression in the track order.  But this is equally true of other albums.  As argued elsewhere, thoughtful tracklisting is part of what makes a good album, and is not a particular mark of one of these so-called ‘concept albums’.
An album has a theme.  That’s what sets it apart from a playlist.  The whole concept album thing is an attempt to classify albums that are about specific imaginary characters.  I don’t know much about any other of these concept albums, but Coldplay’s example is pitifully poor because there is nothing in the album itself to suggest the existence of such characters.  I’m not saying it’s a bad album (I am remaining silent on that question for now), just that it’s not a concept album.
Posted by Unknown at 21:53