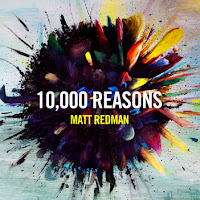 I’ve had Matt Redman’s latest album for about a week and have listened to little else.  This is partly because I have always been a massive Redman fan and wanted to know what the new album was like, but partly because it’s simply very easy to listen to and makes me want to keep listening.

Before hearing it, a friend claimed that 10,000 Reasons could be as good as The Friendship and the Fear.  That is an enormous claim.  By the end of this post I hope to have an opinion on it.
As an overview, 10,000 Reasons consists of 11 tracks and was recorded live at a worship conference in America.  This gives it a feel similar to that of Facedown – the congregation can definitely be heard.  The songs are generally bigger and rockier than most of Matt’s earlier stuff.  It is certainly very different to The Friendship and the Fear.  But Matt has shown that he can pull of the rocker style just as well as the more intimate one.
Track one, We are the free, is energetic, optimistic, anthemic and celebratory (as you might guess from the title).  Thumping base, crunching guitars and rapid hi-hits leave you slightly breathless by the end.  The live setting is noticeable from the first seconds and continues throughout the song.  This is an excellent album opener.  Catchy, upbeat and immediately memorable.
Track two, Here for you, is more ponderous but not boring at all.  It is a very singable song of commitment (‘we are here for you’ being the refrain) with a great melody.  The music kicks in after about a minute and builds into a huge middle 8.  It’s quite a long son, at 5:56, but could be shortened to make a great opener in a worship set.
Track three, Holy, is initially a smaller, less epic song than the first two and feels more like the Madd Redman of old.  It’s a simple song, but effective, making use of lots of repetition.  The relentless singing of ‘holy, holy, holy’ could possibly be a little too repetitive but only slightly so.  The song goes on for over 7 minutes but impressively holds your interest by cycling through builds and drops.  A simple song, but solid and effective
Track four, Bless the Lord, is similar in some ways to ‘Holy’ with its simple lyrics and piano driven style.  It is more directed at the worshipper than the songs so far (‘bless the lord, o my soul’), and it centres on Jesus as well as the more generic ‘the lord’.
Track five, Fires, suffers from having an identical intro to ‘There is a voice’.  It is upbeat and catchy, but has a slightly annoying rhythm.  A prayer to God to keep our fires burning – this is a decent song, but probably the weakest on the album.
Track six, Never Once, is classic Matt.  These sorts of songs are his absolute forte – perseverance in adversity.  This joins the list of Blessed be, Never let go, and others, and holds its own with them.  It has solid verses and an excellent chorus with some lovely piano over the top of the guitars.  It is only 4.5 minutes, but seems more epic.  The second chorus at the end, a la ‘You alone can rescue’ is a really nice touch.  A high point in a strong album. 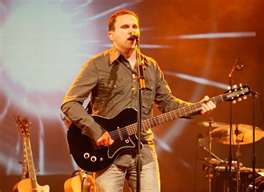 Track seven, Where would we be, is a decent song, but perhaps more forgettable than the others.  It is a song of gratitude that has a similar style to much of the alum – a big sound, a strong melody, it fluctuates between quieter piano/acoustic guitar-led sections before the drums and guitars explode it again.  Solid, nothing wrong with it, but doesn’t have the zap that many of the other tracks do.
Track eight, We can change the world, is a change of style from most of the rest of the album – more like track one, it is fast, energetic and dreams of the possibilities of living as we might.  This is one of those really exciting songs.
Track nine, Magnificent, is another simple but very effective song.  It proclaims God’s magnificence and other attributes, and again keeps the focus on Jesus.  This son takes a little longer  to get into than some of the others, but it is a very good song and has a brilliant chorus entry.
Track ten, Oh this God, is another song of passionate commitment and promise to God.   Musically it is possibly the best song on the album.  It is another son with a big sound, but is distinct from the other songs on the album – there is no sign of repetition or lack of ideas yet.
Track eleven, Endless Hallelujah, is a beautiful way to end the album, looking forward to heaven.  A lovely finish.  It starts small, builds to a big sound but doesn’t overcomplicate and has a perfect re-entry into the chorus.  This final song is clearly still live, a theme that has run throughout the album.
Overall, an outstanding album.  Only ‘Fires’ slightly lets it down.  Is it as good as The Friendship and the Fear?  It does some things better, such as the live sound and the excitement of tracks 1 and 8.  In other areas, such as rawness and intimacy, it is weaker.  Overall I would say that The Friendship and the Fear is a bit stronger, because it has more variety, both musically and lyrically, has more material (14 tracks to 11), and, let us not forget, is a masterpiece recorded when Matt was only 22 years old.
To finish, a quote from Matt:
After years of experience, the worship leader concluded, “You can have clever chord progressions. You can work hard at getting some sort of nice sounding lyrics, but at the end, I just want a song that connects people with God.”
That is exactly what these songs can do.  Well done to Matt – this is an incredible album that proves that Matt Redman still, after nearly twenty years, sets the standard for worship music.
Posted by Unknown at 13:15

Great review, Ben. I have also been listening to it on loop for the last week or so.

I think my favourite tracks are 'We are the Free' and 'We can change the world' - they seem to have particular 'buzz' to them. I think there's some congregational material in the album, but not sure what you think - which songs would work well with a congregation? Agree that 'Fires' has too familiar an intro!

'Buzz' is definitely the word for those two songs.
I think any of them could be used congregationally, which is unusual for a Redman album, but my tip for the first one for Juby to do is 'Here for you'.